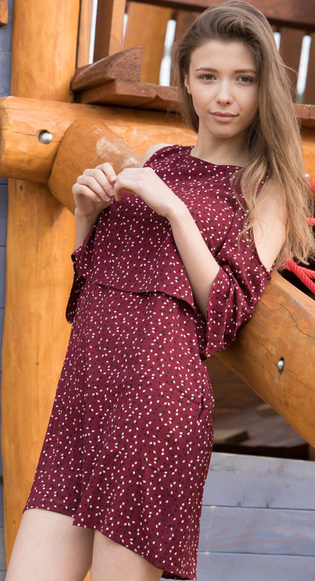 There Is A Reason For Boundaries

This is a sad but true little tale of a cuck that I know about. I have decided to share this story to teach a lesson that everyone should know when involved in a sub/dom relationship. It’s better to own up to who you are instead of letting your kink or fetish hurt someone else. Sometimes having the talk may seem boring, you may think that you want little power in the relationship but you should always think about precautions especially if you aren’t ready to be open about your lifestyle. The discussion about boundaries is VERY IMPORTANT. Now I will give you a very good example of a silly little spineless cuck that didn’t have this discussion. In my opinion, any cuck should have this discussion especially if your wife is extremely active with others.

This was a couple of years ago but has recently been on my mind. One of my old room-mates accepted an internship back near her hometown so she had to live with her dad and step-mother while she looked for an apartment. Within a week she discovered her step-mother was quite the cougar. She had an appetite for young and very hung men. To the point, she vetted them in a way, they had to send in dick pics hard and soft of them measuring themselves and if they couldn’t get up to the 7 inches she would deny them and move on. For those that did, they were invited over while her husband was gone and I’m sure you can assume the rest.

Now, at this point, my friend is a very difficult situation because no one told her this was the lifestyle they choose to live, and in fact, her step-mother told her not to say anything. Her dad would come home and would act like he didn’t know and as you could imagine this grew to be quite stressful. So a week before her new apartment was ready, she sat down and spoke them her dad. As any good daughter would, she wanted him to know the truth. That his wife was very obviously and proudly giving herself away to strangers every other day. At first, he claimed she was lying and asked her to leave.

Of course, after realizing that calling her a liar was a bit too harsh. He admitted he knew but still asked her to leave. Now my friend, bless her doesn’t know much about cuckolding or female led relationships, she’s super vanilla. She felt silly and a little betrayed cause in her mind she did the right thing. Unfortunately, this cuck didn’t want to admit his lifestyle and choose to hurt someone in order to protect his poorly kept secret. About half a year went by and they didn’t speak, until his wife finally left him for one of her favorite bulls. He finally confessed that the last 5 years of their relationship they had an arrangement and he gave up a lot of his power. In his words way too much of it. He became alienated from people just to feed his desire to keep his fantasy alive.

There is a reason why some of you may say “Mistress I want to give up all power to you” and I never respond. Because that isn’t ok and not going to happen at least not with me. Trust me I appreciate the enthusiasm. However,  outside of your fetish and kinks, everyone has a life and when I ask you about boundaries you may have I’m being sensible. Our sessions can be all about fantasy, but I ask about boundaries for when I may give you task or assignments. I want to make sure they are reasonable and not invasive to your life in a harmful way. So be smart, respect and also think about yourself. A few amazing moments are not worth hurting others or affecting your life in a harmful way. So when your mistress ask to have the talk, take a moment to be reasonable and honest. It is in everyone’s best interest and helps to build an amazing relationship with your domme. Any of my long term pets would definitely agree.