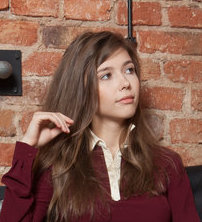 Let’s Smile And Have Fun

Most of this week I have been in a rather playful mood. Feeling happy and easily amused, for those of you who don’t know I love to laugh. So it had been a while since I last found an interesting fetish to write about. Combine my need to explore something new and my happy mood and ta-da. Let’s talk about Coulrophilia!

Coulrophilia is the fetish named to describe those who are attracted to clowns but also includes other face painted entertainers or anyone with a painted face. Which yes include clowns but also mimes and apparently jesters, which I thought were just like medieval clowns. I keep seeing the two considered separate though. One of the theories as to why someone would be attracted to clown makeup is the idea that it could be anyone under that face paint. It’s like a mask that’s more interactive and colorful, making it eye-catching. Some would say a visual that is hard to forget. I wonder how many of you would like to see me slap on some face paint.